SAP ERP is enterprise resource planning software developed by the German company SAP SE. SAP ERP incorporates the key business functions of an organization. The latest version (SAP ERP 6.0) was made available in 2006. The most recent Enhancement Package (EHP7) for SAP ERP 6.0 was released in 2013

SAP ERP was built from modules comprising the former SAP R/3. SAP R/3 through version 4.6c consisted of various applications on top of SAP Basis, SAP’s set of middleware programs and tools. When SAP R/3 Enterprise was launched in 2002, all applications were built on top of the SAP Web Application Server. Extension sets were used to deliver new features and keep the core as stable as possible. The Web Application Server contained all the capabilities of SAP Basis.

As a result of marketing changes and changes in the industry, new versions of SAP have been released. The first edition of mySAP ERP was launched in 2003 and bundled previously separate products, including SAP R/3 Enterprise, SAP Strategic Enterprise Management (SEM) and extension sets. The SAP Web Application Server was wrapped into NetWeaver, which was also introduced in 2003.

A complete architecture change took place with the introduction of mySAP ERP edition 2004. R/3 Enterprise was replaced with the introduction of ERP Central Component (SAP ECC). The SAP Business Warehouse, SAP Strategic Enterprise Management and Internet Transaction Server were also merged into SAP ECC, allowing users to run them under one instance. Architectural changes were also made to support an enterprise service architecture to transition customers to a services-oriented architecture. SAP HANA which is a combination of In-memory software and hardware can improve data processing at extremely high speeds.

An article in the IEEE Transaction on Engineering Management journal reports an industrial case in which senior management successfully dealt with a troubled SAP R/3 implementation in an international fast moving consumer goods (FMCG) company during 2001 and 2002.

Effectively implemented SAP ERP systems can have cost benefits. Integration is the key in this process. “Generally, a company’s level of data integration is highest when the company uses one vendor to supply all of its modules.” An out-of-box software package has some level of integration but it depends on the expertise of the company to install the system and how the package allows the users to integrate the different modules.

It is estimated that “for a Fortune 500 company, software, hardware, and consulting costs can easily exceed $100 million (around $50 million to $500 million). Large companies can also spend $50 million to $100 million on upgrades. Full implementation of all modules can take years,” which also adds to the end price. Midsized companies (fewer than 1,000 employees) are more likely to spend around $10 million to $20 million at most, and small companies are not likely to have the need for a fully integrated SAP ERP system unless they have the likelihood of becoming midsized and then the same data applies as would a midsized company. Independent studies have shown that deployment and maintenance costs of a SAP solution can greatly vary depending on the organization. For example, some point out that because of the rigid model imposed by SAP tools, a lot of customization code to adapt to the business process may have to be developed and maintained. Some others pointed out that a return on investment could only be obtained when there was both a sufficient number of users and sufficient frequency of use Deploying SAP itself can also involve a lot of time and resources.

After extensive developments in SAP, it is now divided into 2 subgroups stating Basis into one and Security into other(Previously Basis consultants used to work on both basis as well as Security issues).

SAP R/3 is the former name of the enterprise resource planning software produced by the German corporation SAP AG. It is an enterprise-wide information system designed to coordinate all the resources, information, and activities needed to complete business processes such as order fulfillment, billing, Human Resource Management, and Production Planning

The first version of SAP‘s flagship enterprise software was a financial Accounting system named R/1. This was replaced by R/2 at the end of the 1970s. SAP R/2 was in a mainframe based business application software suite that was very successful in the 1980s and early 1990s. It was particularly popular with large multinational European companies who required soft-real-time business applications, with multi-currency and multi-language capabilities built in.

With the advent of distributed client–server computing SAP AG brought out a client–server version of the software called SAP R/3 (The “R” was for “Real-time data processing” and 3 was for 3-tier): 1) database, 2) application server and 3) client (SAPgui). This new architecture is compatible with multiple platforms and operating systems, such as Microsoft Windows or UNIX. This opened up SAP to a whole new customer base.

SAP R/3 was officially launched on 6 July 1992. Various releases of the software were made through the 90s.

A newer version of the software, with new architecture, was released in 2003-2004, renamed as SAP ERP. ECC is a version name for SAP ERP,(ERP Central Component). Other SAP Implementations can be customized products can function on the central component. SAP came to dominate the large business applications market over the next 10 years.[citation needed] SAP ECC 5.0 ERP is the successor of SAP R/3 4.70. The newest version of the suite is SAP ERP 6.0, Enhancement Pack 7.

Each module handled specific business tasks on its own, but was linked to the other modules where applicable. For instance, an invoice from the billing transaction of Sales & Distribution would pass through to accounting, where it will appear in accounts receivable and cost of goods sold.

SAP typically focused on best practice methodologies for driving its software processes, but more recently expanded into vertical markets. In these situations, SAP produced specialized modules (referred to as IS or Industry Specific) geared toward a particular market segment, such as utilities or retail.

SAP based the architecture of R/3 on a three-tier client/server structure:

SAP allows the IT supported processing of a multitude of tasks which occur in a typical company. The newer SAP ERP software differs from R/3 mainly because it is based on SAP NetWeaver: core components can be implemented in ABAP and in Java and new functional areas are mostly no longer created as part of the previous ERP system, with closely interconnected constituents, but as self-contained components or even systems.

This server contains the SAP applications. In systems with two layers, this server forms part of the database server. Application server can be set up for online users, for background processing,or for both

Server-to-server communications can be encrypted with the SAP cryptographic library. With the recent acquisition of relevant parts of SECUDE, SAP can now provide cryptography libraries with SAP R/3 for Secure Network Communications and Secure Socket. 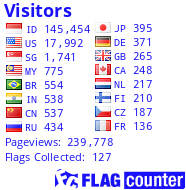